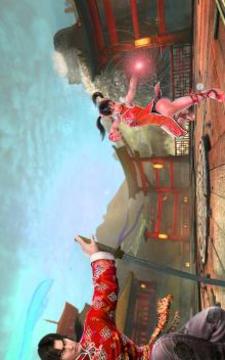 This is the New platform and new style of kung fu fighting so that you will be enjoy more and get one of the best fighting games in the store. New characters and modern kung fu fighting effects make this fighting game more thrilling and challenging.The First Street Fighter! Fighting Game is one of the best action games in which kung fu fighter fighting on street of the city. This is an amazing city street action game. This game is an infinity war of kung fu, boxing and karate between the slayer samurai warriors. The slayer street fighter is trained kung fu master. They also have the skill of wrestling on the street to show you assassin fight of kung fu. This is the best in new kung fu fighting games.The First street fighter are fighting masters who are fighting in the boxing ring like the slayer street fighter 2 the killer to show the judo karate techniques. This is the shadow fighting action game 2018 played in various environments of fight clubs which you can choose. Each and every street warrior has his own techniques and powers.The street warriors are born in this first fighting game, show the power and strength of their hands, it’s your time to be the master of kung fu ninja for free, choose your favorite character and compete with fighting champions 2018. Fight like a slayer ninja: the killer to knockout your opponent in single round.Come to play mobile fighting games simple slide scrolling intece and easy to learn controls. As well as a wide range of skills of slayer ninja fighting you can use for slayer street fighter the killer new fighting game. This is least skills of modern kung fu to combat with gangsters of the city. It is thrilling fearless combat experience of kung fu fight on the street. Face different enemies defeat them and knock down them from the ring. Use quick reflexes and special moves, unleash hard punches, hit perfect kick and combos, beat all opponents and become the king of fighters 2018.First street fighter 2 the killer are fearless infinity fighting games where you can select different modes of game and can play with each kung fu champion. By knockout all the opponent warriors you will become slayer samurai warrior of kung fu games.We are hoping that this must be one of best action games full of thrill and entertainment for the modern fighter who want to be the fighting master in kung fu fight. Make it challenging game by increasing the game difficulty easy to impossible.Features of the Game: The First Street Fighter: kung fu Games• Multiple levels and rings• unique combo system• Infinity fights• Smooth and easy controls• real 3D graphics• Ultimate killing sound• multiple warrior characters• excellent indoor fighting environment
END_OF_DOCUMENT_TOKEN_TO_BE_REPLACED